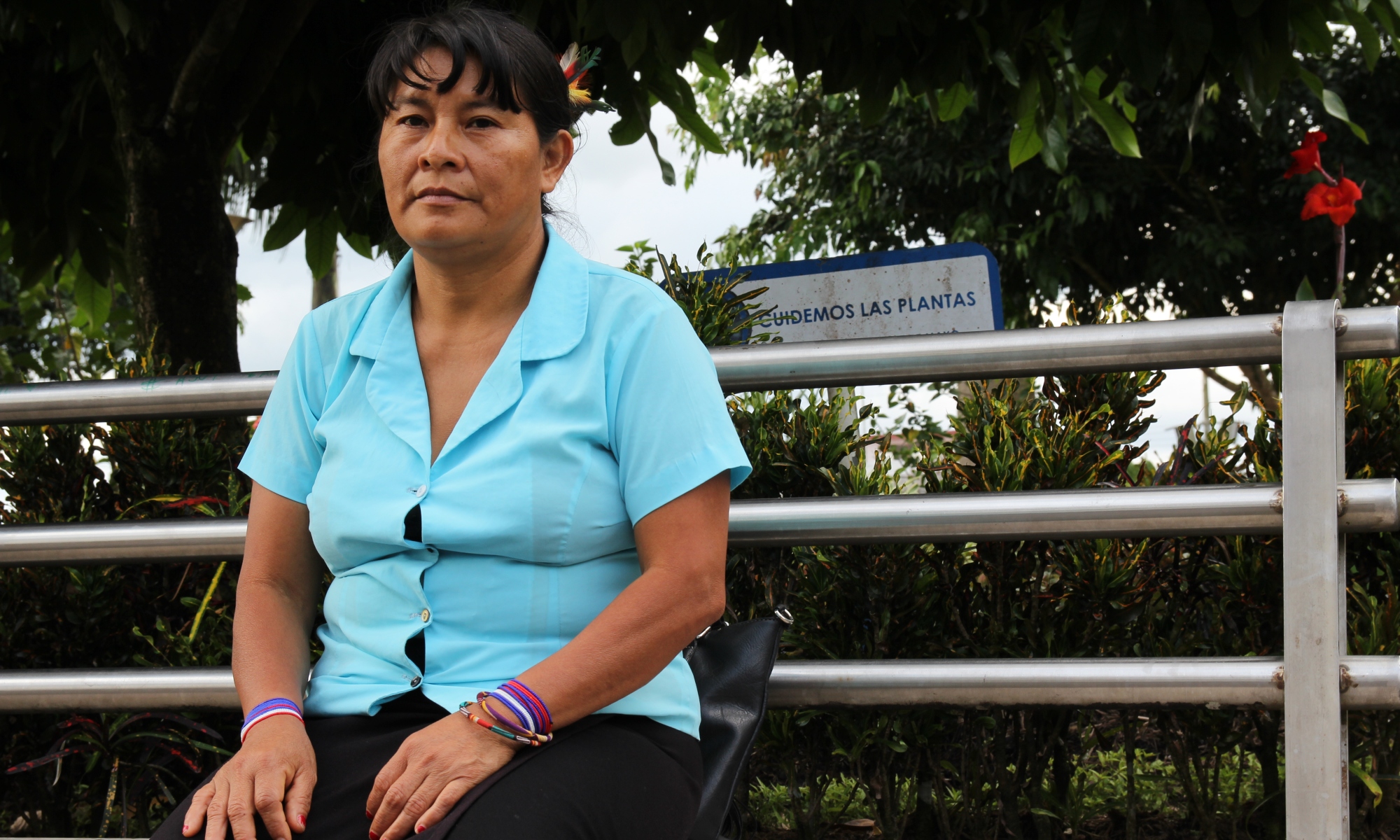 PUYO, ECUADOR—Rosa Elvira Chuji Gualingai, 50, came to the city to pressure the government. Watching the traffic outside her office window, she says, “I can’t get used to this lifestyle.” The indigenous activist, leader of the Shiwiar community of Kurintsa, was raised deep in the Amazon rainforest, surrounded by towering ceibo and palm trees. With no roads, the only way to travel is up to six days by boat or to charter a plane. With little electricity and no plumbing, the Shiwiar bathe in the nearby rivers and live mainly by hunting and fishing. But this way of life is under threat, as the Ecuadorian government sells rainforest land to oil companies.

The country’s well organized indigenous movement, however, has a history of giant slaying—it held demonstrations that helped overthrow presidents in 2000 and 2005. To protect the Amazon from the latest round of oil development, indigenous groups held rallies, closed down highways and marched for over two weeks from the rainforest to Quito, the capital. After months of protest, the government scaled back its plans—at least temporarily.

Ecuador’s partially nationalized oil industry has long helped the government pay for social programs and poverty relief. But with a global drop in oil prices, Ecuador’s much-needed oil revenue plummeted from 12.1 to 5.4 percent of GDP between 2013 and 2016. The center-left President Lenin Moreno, elected in 2017, launched an ambitious campaign to recover lost income by expanding oil production in the Amazon. This included auctioning 16 blocks, each up to 2,000 square kilometers, of the Southeast oil fields, which encompass Kurintsa. It also included the development of oil fields in Yasuni National Park, one of the most biodiverse regions of the planet and home to two uncontacted indigenous communities.

Indigenous groups rejected these plans, saying that leaks and waste have contaminated the soil and water in other regions of the Amazon, displacing indigenous communities who could no longer live off the land.

Environmentalists also argue roads built to enable oil production will increase deforestation, inviting destructive industries deeper into the region. A 2014 report from the World Resources Institute and the Rights and Resources Initiative found that, because many indigenous groups live in carbon-storing forests, “strengthening the land and resource rights of indigenous peoples” is key to fighting climate change.

Representatives of the Amazon communities say Moreno never consulted them about his plans, a violation of Ecuador’s constitution and international law. This assertion is backed up by Victoria Tauli-Corpuz, UN special rapporteur on the rights of indigenous peoples, who travelled to Ecuador in November 2018.

“Unless they change the path of development,” she says, “the threat to the forest is really serious.” She will deliver her final assessment and recommendations by September, but the UN has no enforcement mechanism.