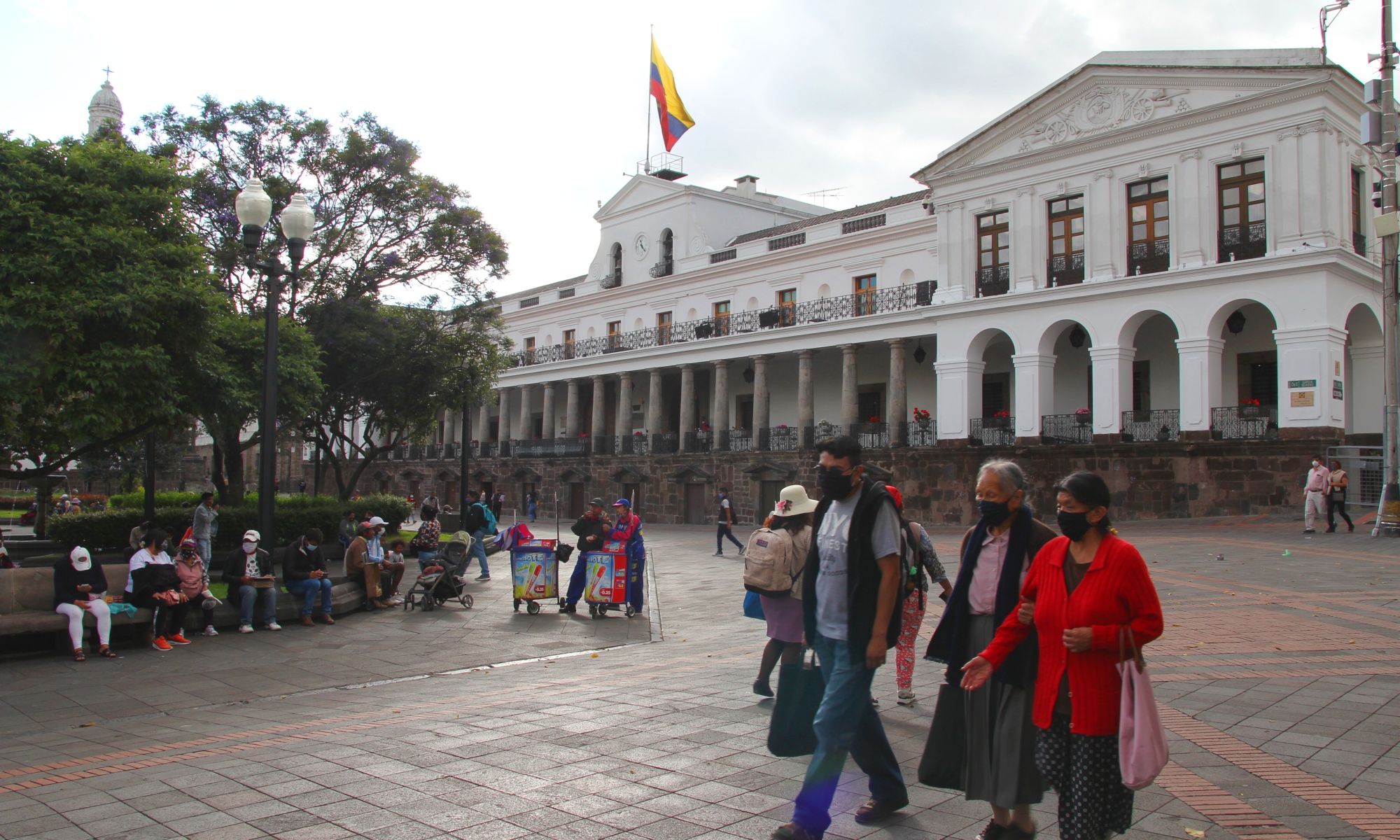 QUITO, ECUADOR – Ecuadorians will head to the polls on Sunday to elect a new president amid widespread discontent over the country’s handling of the coronavirus pandemic, an economic crisis worsened by COVID-19, and several corruption scandals.

Sixteen presidential candidates will be on the ballot, though most have polled under two percent support and are not expected to be major contenders on voting day.

The race is shaping up to be a fight between ex-banker and longtime presidential hopeful Guillermo Lasso, and Andres Arauz, an economist and former head of the central bank, who are leading in most recent polls with around 25 to 30 percent support.

Lasso, with the right-wing Creating Opportunities (CREO) party, has pledged to create jobs through more international investments and oil extraction projects, while Arauz of the Democratic Center party has promised to return to the socialist policies of former President Rafael Correa.

Third in recent polls, at about 10 to 15 percentage points behind the pair, is Yaku Perez of Pachakutik, the party of the country’s Indigenous movement, who is known for his opposition to mining and support for greater environmental protections.

Experts say it is unlikely that anyone will get the 40 percent support and at least a 10-point lead over their opponents that is needed to win the presidency, which means a runoff will be held on April 11 between the top two candidates.

The elections will be monitored by more than 2,500 local and 225 international observers, including the Organization of American States, the European Union, and the Inter-American Union of Electoral Organizations.

Voters will also elect lawmakers to fill 137 seats in the National Assembly.

Whoever wins will need to address several pressing challenges, including widespread public discontent; more than 89 percent of Ecuadorians say the country is on the wrong track, according to a December poll by the Cedatos firm.

“Corruption has been permanent, and scandals have consistently appeared in the media,” said Decio Machado, a political analyst based in Quito, the capital. “People have a lot of distrust in politics today.”

Current President Lenin Moreno, who is not up for re-election, will end his single term in office drastically unpopular. His approval rating has long been hovering around seven percent, down from 77 percent in his first months in office.

Moreno was elected in 2017 as the successor to Correa, who increased public spending, cut ties with the International Monetary Fund (IMF) and World Bank, and endorsed regional integration with other socialist countries in Latin America.

But shortly after he was elected, Moreno changed course and pursued more business-friendly policies, such as cutting taxes for international mining investors and securing loans from the IMF and World Bank to fund the country’s foreign debt and fiscal deficit.