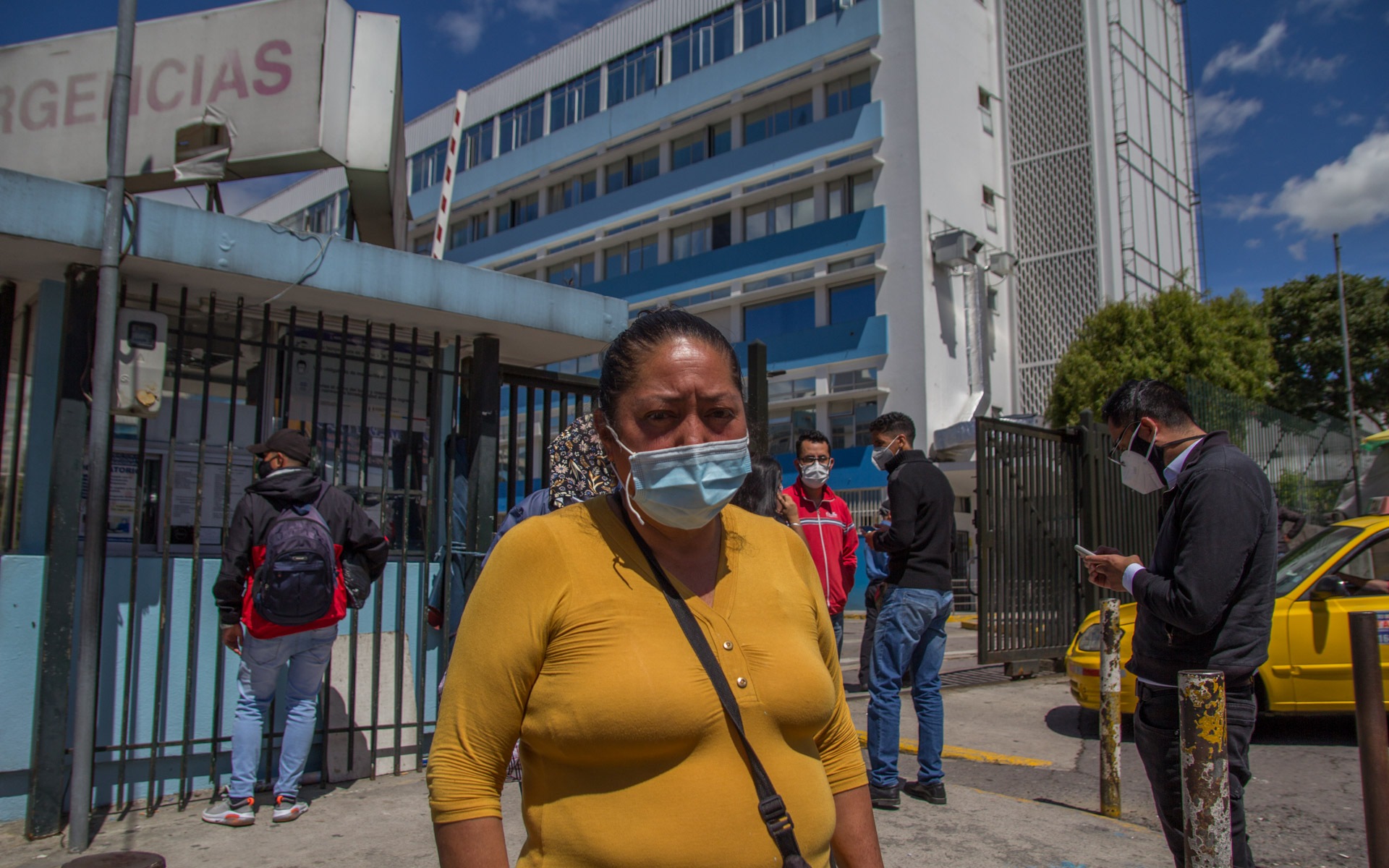 QUITO, ECUADOR – After coming down with COVID-19 in December, Vinicio Sánchez visited three health centres in a single day.

At the first, a clinic in the south of Ecuadorian capital, Quito, he was told he needed oxygen but they had none left to give him. He was referred to a specialist COVID-19 centre in the north of the city, where he was fitted with an oxygen mask. As his symptoms worsened, Sánchez needed a ventilator, but the centre didn’t have the right equipment to intubate him. Transferred to a third hospital further north, he remained there for eight days until his death on Christmas Eve.

Sánchez’s wife, Mery Zapata Morales, blames his death on this dysfunctional response. “He had to go to three health centres,” she told The New Humanitarian by phone, speaking through tears. “I think this has a lot to do with the process of whether he got better or not.”

Since the beginning of the pandemic, Ecuador’s state-run public hospitals have reported massive shortages in everything from face masks to oxygen tanks to medications – doctors say this has severely disrupted patient care and led to unnecessary deaths.

“This contributes to increased mortality and frustration, because you have professionals who know what they need to do – they know the protocol – but they don’t have anything to work with,” said epidemiologist and health economics expert Rodrigo Henríquez-Trujillo.

As in many other Latin American countries, corruption is partly to blame, and Henríquez-Trujillo believes many deaths could have been avoided had there been better governance.

Ecuador has been hard hit by COVID-19. Early on in the pandemic, bodies could be seen lying uncollected on the streets of the country’s largest city, Guayaquil, for days. The official toll, as of 22 August, was 31,985, but excess deaths are more than twice this figure.

Ecuador’s Attorney General’s office reported 196 healthcare-related corruption investigations in public hospitals between the start of the pandemic and November, but hasn’t updated its figures since. Alleged crimes range from embezzlement and corrupt contracts to purchasing overpriced medicines and equipment.

Several hospital managers are also being investigated for irregular procurement. Some cases involve former politicians and their families colluding with health ministry officials for contracts to sell supplies such as masks and body bags to hospitals at inflated prices.

The sons of former president Abdalá Bucaram – himself impeached on corruption charges in 1997 – allegedly ran a network in Guayaquil, selling overpriced medication and medical supplies to state-run hospitals. And a leading socialite, Daniel Salcedo Bonilla, was arrested in Peru after the small plane he was travelling in crashed as he was fleeing a probe into his alleged involvement in a hospital fraud scheme.

Meanwhile, many of the country’s elite – including Rotary Club members, well-known TikTokers, and a secret VIP list of people former president Lenín Moreno only made public after weeks of public pressure – were given vaccines before healthcare staff and other frontline workers. In February, health minister Juan Carlos Zevallos quit and moved to Miami after he sparked a public outcry by allowing his mother and her fellow care home residents to skip the vaccination queue.

Those most affected by shortages in vaccines and medical supplies have been unemployed people and low-income earners as they face greater barriers to access adequate healthcare and have been more exposed to COVID-19 due to economic pressures making them less likely to isolate. But the majority of Ecuador’s population relies on the public health sector.