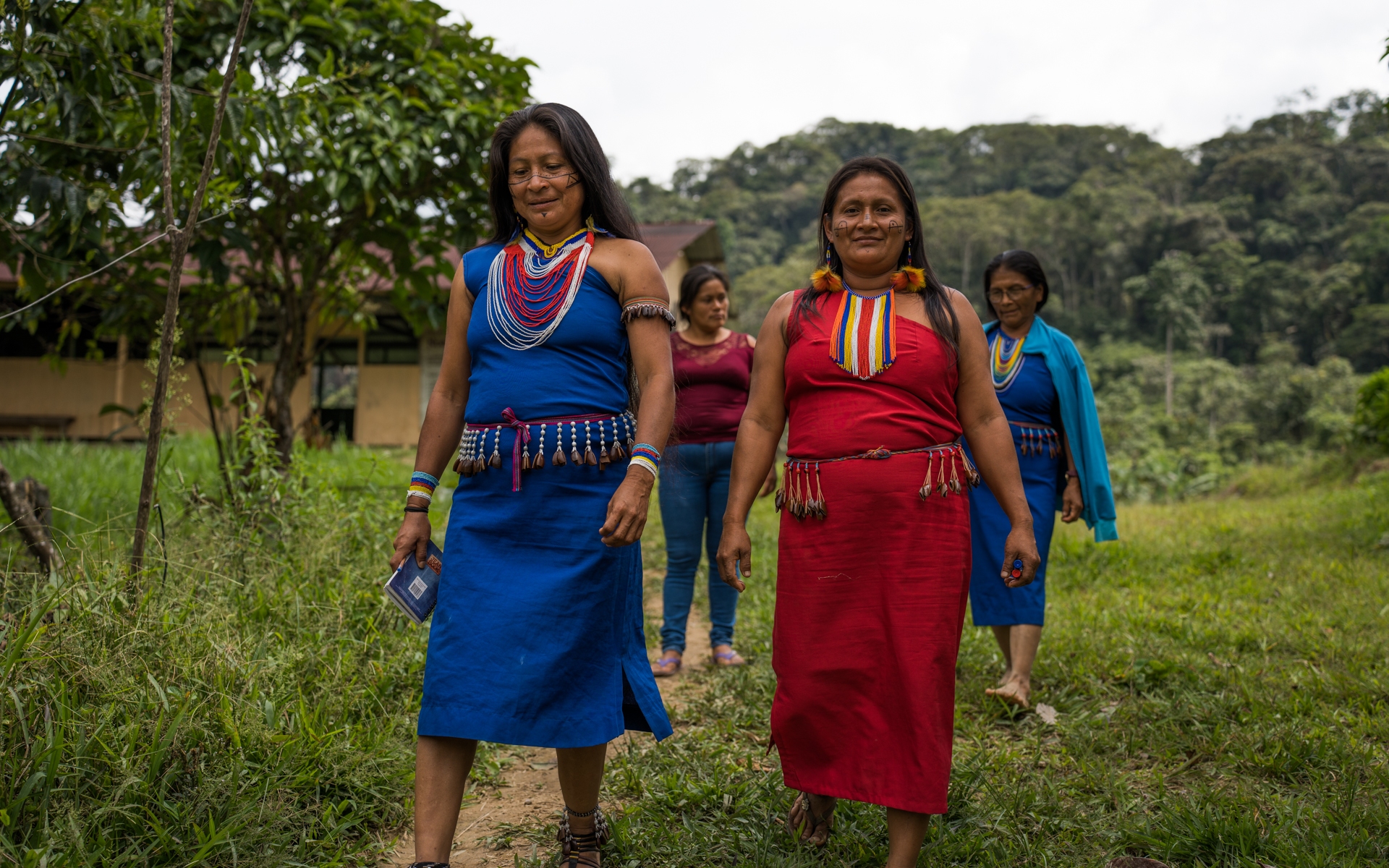 MAIKIUANTS, ECUADOR – The brightly colored chiva bus rocked back and forth, branches scraping across its sides, as it traveled down the narrow dirt road traversing mountain ranges of the Cordillera del Condor, in Ecuador’s southern Amazon.

The region, which stretches about 150 km (93 miles) along the border with Peru, is famous for its rare species and for its large deposits of gold and copper, which Ecuador and its neighbor fought over for half a century until a 1998 border deal.

Today the area is wracked by a different kind of conflict, as the indigenous Shuar people fight to protect their land, forests and rivers from the creeping spread of Ecuador’s mining industry.

Since 2019, the Maikiuants, a community of about 50 Shuar families, have been trying to stave off attempts by Canadian mining company Solaris Resources to set up a copper mine just 7 km away in Warints, another Shuar community.

The firm has already built a base camp and started exploration activities.

“These industries are the very same ones that are destroying the world with their activities,” said Josefina Tunki, who has become a prominent voice against mining extraction as president of the Shuar Arutam People (PSHA).

Her organization represents about 10,000 indigenous Shuar in the region, including the community of Maikiuants.

While many in Warints support the mining project for the jobs it will create, the Maikiuants and other Shuar communities are adamantly against it.

“Here we have waterfalls, rivers, medicine. Here we have meat. For us (mining) isn’t development. For us, the forest is life, it is the market,” Tunki told the Thomson Reuters Foundation.

Industry experts say there’s a growing need for sustainable mining to feed surging demand for minerals such as nickel, cobalt, lithium and copper that are used to make electric vehicles, solar panels, wind turbine systems and batteries as the world tries to move to renewable energy to slow global warming.

“The energy transition is not possible if we don’t (also) talk about how we are going to significantly increase the level of mining activity to produce the metal required for that transition,” said Nathan Monash, head of Ecuador’s Chamber of Mining.

But as global hunger for minerals eats into the Amazon, mining projects are swallowing the land of indigenous communities that climate groups say are the best custodians of the world’s largest rainforest, whose protection is considered essential to slowing climate change.